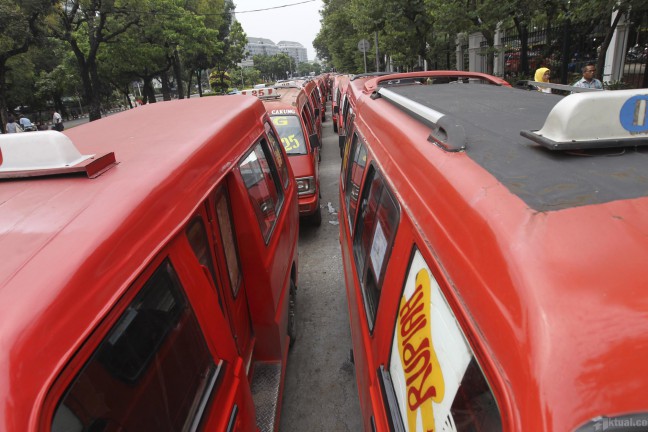 The City Police to inform the mass action of the Union of Land Transport driver (PPAD). “(Start action) At 08.00 am,” said Adjunct Commissioner Budiyanto, Sunday (13/3).

Besides the Palace, mass of consisting of 800 taxi transport drivers, the driver of a small bus transport 200 people, will also rally City Hall and Kemenkominfo office.

said Budi, the masses who come from different areas such as Kali Deres, Kampung Melayu, and Duren Sawit was assembled starting at 09.00Wib in rallying point in IRTI Monas to park the vehicle.

After that they moved to the City Hall. A total of 15 representatives had been prepared to meet the Capital City Governor Basuki Tjahaja Purnama (Ahok). To Ahok, representatives of demonstrators will express their aspirations related to revision of Regulation No. 5 of 2014 on the age of the vehicle (rejuvenation).

After the Town Hall, at 12.00 pm, the plan of mass shifts to the Palace through the southwest door Monas (the horse statue). 15 people have also been prepared to meet President Joko Widodo or state secretary Pratikno.