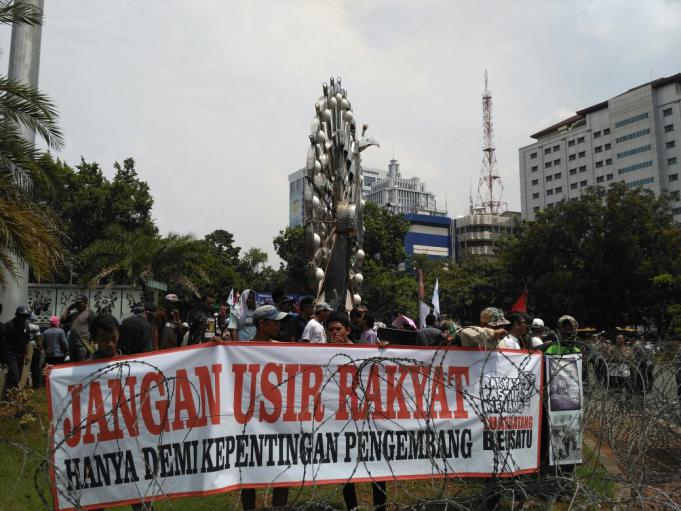 In the action, mass is shouting total resistance on planned evictions were echoed by Jakarta Governor Basuki Purnama Tjahaya (Ahok) that he wanted to make the inspection.

Because the reason Ahok who want to make the inspection is only intended for developers who are just live next Kampung Luar Batang north.

“For whom is it? Definitely for developers,” he asserted.

For that, he hopes, Jokowi-JK government could soon protect citizens who are economically disadvantaged with solution of clear law.

“We want there an Anti-Eviction Act, so that we can be treated with polite,” he said.