Jakarta, Aktual.com – Ships fisheries inspectors of the Ministry of Marine and Fisheries (KKP) back arrested seven illegal foreign fishing vessels (KIA) in two different locations in the period from October 7 to 12, 2016.

Based on data from the KKP, arrest illegal vessels, conducted by the Supervisory Boats Hiu 014 against three KIA with 48 ship’s Men (ABK) stateless Vietnamese in Regional Fisheries Management of the Republic of Indonesia Kepulauan Riau waters, on October 11, 2016.

As for the four other ships captured by KP. Orca 03 at WPP-RI around Miangas waters North Sulawesi on 7 and October 12, 2016, with the number of the crew of 30 people suspected foreigners the Philippines. Furthermore, the three ships on guard to Pangkalan PSDKP Bitung for the proceedings by investigators Fisheries.

In addition, investigators Fisheries will also explore the possibility of the Philippines but the crew allegedly pocketed Indonesian ID card as found against illegal Filipino crew of eight vessels were arrested in late September.

Following up on these findings, the Minister of Marine and Fisheries Susi Pudjiastuti has submitted an appeal to the local government for not facilitating the provision of ID cards Indonesia to the foreign crew.

Minister of Maritime Affairs and Fisheries also expect the police to continue to cooperate with the KKP to the development of the case and arrest anyone involved.

Those vessels allegedly infringing on suspicion of the crime of fisheries as stipulated in Law No. 31 of 2004 on Fisheries, as amended by Act No. 45 of 2009. 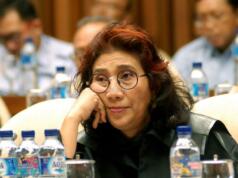 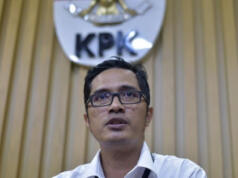 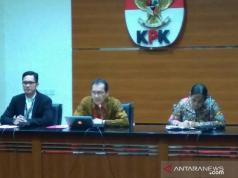 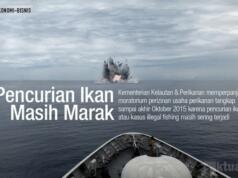 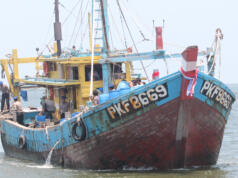