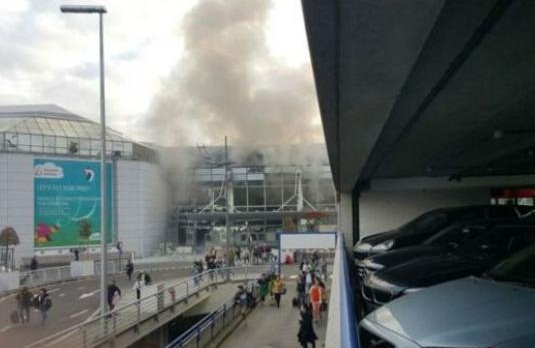 The local news agency report stated that there were shots and strain in Arabic before the explosion.

The blast came four days after the arrest of a person in Brussels, who allegedly participated in the attack in Paris, France, in November last year, which killed 130 people.

Belgian police wary of reprisals on the arrest. Slang media showed pictures of fume from the departure lounge, which all the windows shattered by the blast.

Passengers seen running from the departure lounge to the runway. Reporter television station of Sky News Alex Rossi on the scene reported that he heard two very loud explosions.

“I could feel the building shake. There is also no fog and fume. I go where the explosion occurred and there a few people out who seemed confused and shocked,” he said, quoted by Reuters.

“The thinking here is that it is some kind of terrorist attack – an untested officer at the airport here,” he added.

Video showed damage inside the departure lounge with a few items scattered on the floor. Belgian media reported rail traffic to the airport are stopped.

The airport of Brussels declared the cancellation of the entire flight schedule and all the passengers had been evacuated.

Saleh Abdessalam, the main suspect in the attack stadiums, cafes and music venues in Paris in November last surviving arrested by the Belgian police after exchanging gunfire on Friday.

Belgian Interior Minister, Jan. Jambon, on Monday said that the government in high alert over possible retaliatory attacks after the arrest of 26-year-old Abdesalam.

“We know that stopping one terrorist, may encourage others to act. We realize it happened in this case,” he told public radio.

Investigators of France Francois Molins in a press conference in Paris on Saturday, stating that Abdesalam who is a citizen born in France and grew up in Brussels to investigators admit that he hunted for the actions of blowing themselves up with the others at the Stade de France in the attack night claimed by ISIS , but he later withdrew it in action. 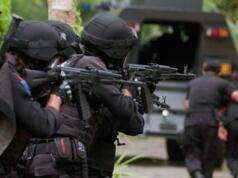 Santoso Died, It is Achievement of Tito Karnavian: Charles Honoris 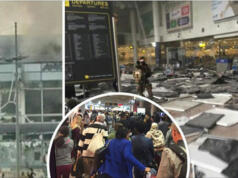 Two Explosion in Belgium, Dozens People Died and At Least 35 People were Injured 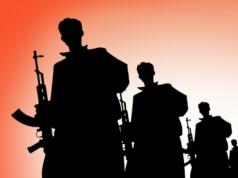 Before do Their Action, Perpetrators of Thamrin Bom Gathering in Malang