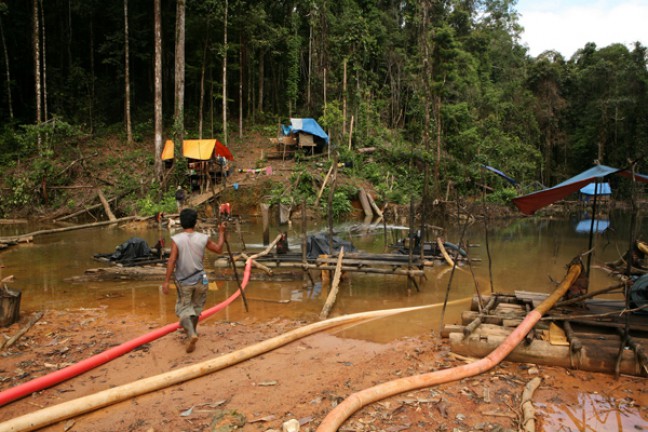 Both men arrested on the disclosure on Tuesday (1/3) were respectively the initials MR and Su.

The existence of illegal gold mining or crate is still often happen in the region. For that, he ordered his staff held a crate operations in some areas. As a result, two to illegal mining area revealed by officials.

Of disclosure, he said, officers seized a number of items of evidence in the form of a suction machine water and mud, some units trays, carpets and various gold mining equipment.

Gold mining activities in the region, he said, for quite some time and has caused damage to the ecosystem.

Police have made various efforts to stop the mining activity, but because it is still minimal supervision as well as for reasons of economic necessity makes them always come back to mine.

Moreover, most of the miners were dominated by migrants from outside the region. “The locals have always refused because they were aware of the mining destroys the ecosystem, but most miners are immigrants.”