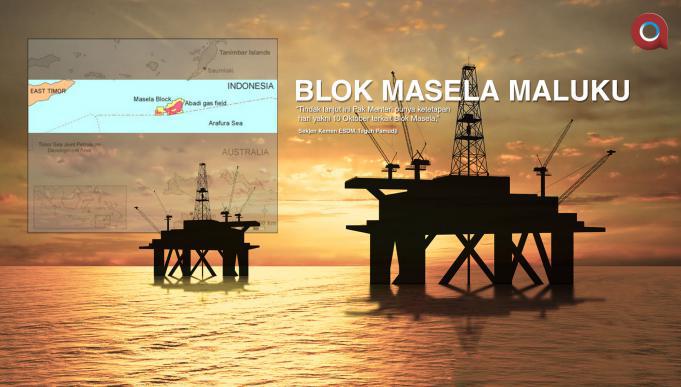 Jakarta, Aktual.com – Special Unit of Upstream Oil and Gas (SKK Migas) said efficiency in the planning of the cost Masela project occur due to a variety of factors.

“Costs should be invested is being reviewed and hopefully can be decreased,” said Deputy SKK Migas Muliawan Haji Control at the Ministry of Maritime Affairs and Fisheries (MMAF), Jakarta, Monday (22/8).

According to him, one of the factors that can reduce project costs Masela partly because the price of oil today fell when compared to the initial estimates made at about 2013 ago.

In addition, other factors are related to technology support services that are currently excess supply so the price is also relatively low because the demand is also expected to decline.

He also noted that when using the “onshore” or built on land the technology used was also considered going to be easier than when deciding to “offshore” .

In a meeting at the Office of the Ministry for maritime Jakarta, Thursday (18/8), Luhut claimed the meeting discussed many things, including the project “onshore” Masela.

Before deciding on land, the agency had conducted a study that plant on land is more expensive than offshore plant (offshore), so that could give rise to polemics.

Former Minister Tahar Arcandra previously mentioned that the cost of development projects Masela can be decreased significantly after talks with operators Masela, Inpex.

Japanese oil and gas contractor was asked to explain all the details of the project costs Arcandra Masela then corrected and approved contractors.

As a result, the value of the required investment will account for 15 billion US dollars, lower than the previous estimate of 19.3 billion dollars.