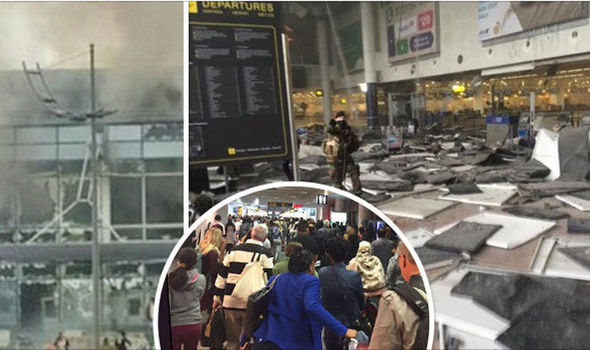 Jakarta, Aktual.com – Belgian media reported that there had been an explosion at the airport Zaventem, Belgium. The blast was similar to the “suicide attack”. The explosion also occurred at Metro Maelbeek Metro station in downtown Brussels, near the headquarters of the European Union (EU).

Local firefighters told to local reporters that 13 people were killed and at least 35 people were injured.

Belgian news agency revealed that witnesses said they heard gunfire and cries of ethnic Arabs in the time of the blast which triggered fears that this might be an attack inspired by the movement of terrorists ‘Islamic State’ (ISIS).

There are concerns, several coordinated attacks across the city Belgium and the rest of the local Metro system is already closed. The huge blast caused some glass windows at the entrance and a lot of the ceiling at the airport has been shattered.

Meanwhile, the Belgian Prime Minister Charles Michel said through a post on his Twitter, “We are following the situation minute by minute. The main priority is to know the number of victims and the people who were at the airport to be saved. All parties requested highest alert in security.”

Meanwhile, British Prime Minister David Cameron expressed shock and concern. “I was very surprised and concerned by the events that took place in Brussels, we will do anything to help,” he said.

Georgian President also said, the shock of the terror attack in Brussels. “I am so surprised by the terrorist attack at the airport in Brussels. On behalf of the people of Georgia, I express solidarity,” he said in @MargvelashviliG account.

But according to a Reuters report, a hospital source said 10 people were killed and 30 other people were injured due to the explosion at the airport. Meanwhile, the impact of the explosion Metro, the all Metro system in Brussels closed. It is unclear whether there were any victims or not.

The incident occurred a few days after the terrorist Paris, Abdeslam arrested in Brussels. Authorities said Abdeslam and his group had been preparing an attack similar to the attacks in Paris to do in Brussels.