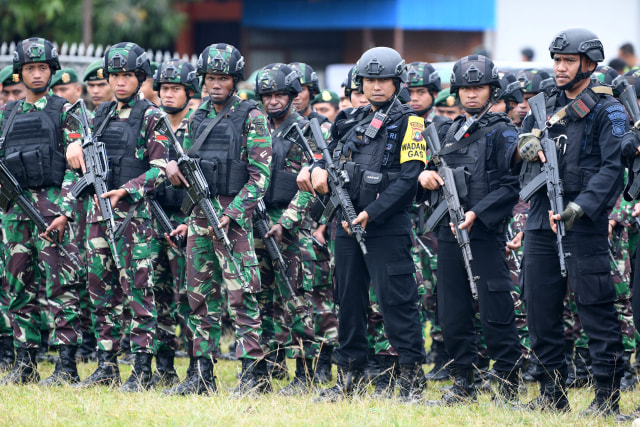 Air Marshal Hadi Tjahjanto made the remarks at a virtual meeting of Association of Southeast Asian Nations (ASEAN) defense chiefs, including from Myanmar.

“I would like to convey my profound concerns about the situation in Myanmar. As conveyed by the president and the foreign minister, the security and safety of the Myanmar people are paramount,” Hadi told the 18th ASEAN Chiefs of Defense Forces’ Meeting.

“The TNI [Indonesian Armed Forces] is always ready to provide assistance and share its experience in building professional armed forces in the context of a democracy,” Hadi said, according to a recording obtained by BenarNews.

An official at the ASEAN secretariat in Jakarta said the meeting’s joint statement would not be released to the media.

The defense chiefs adopted a two-year work plan, while Brunei – the current ASEAN chair – tabled a working paper on how regional militaries can enhance security, interoperability and capacities through integrated cooperation, the Brunei Ministry of Defense said on its website.

Protests against the Feb. 1 coup that ousted the civilian government led by Aung San Suu Kyi have been met by military violence that has left 186 dead in Myanmar, according to a tally compiled by Radio Free Asia, a sister entity of BenarNews.

The crackdown has made a war zone out of suburbs of Myanmar’s largest city, Yangon, which were put under martial law early this week, with soldiers shooting protesters on sight and workers facing starvation, witnesses and aid workers said on Wednesday.

Indonesia, under the leadership of former Gen. Susilo Bambang Yudhoyono, the country’s first directly elected president, played a significant role in Myanmar’s democratic transition about a decade ago.

Shortly after the coup, Malaysia and Indonesia led calls for a special ASEAN meeting on Myanmar, but it failed to reach a consensus on demanding the immediate release of Myanmar’s civilian leader Aung San Suu Kyi and others detained by the military.

Instead, ASEAN merely called for a halt to violence in Myanmar and urged dialogue to end the crisis.

In the first known face-to-face meeting between Myanmar’s military government and foreign diplomats, Indonesian Foreign Minister Retno Marsudi told the junta’s envoy in late February that it must listen to Myanmar’s people, refrain from violence and allow a democratic transition process.

Since then, close to 200 civilians have been killed and the junta has closed all independent media outlets. More than 2,000 people have been arrested, charged, or sentenced, according to the Assistance Association for Political Prisoners, a watchdog group.

In a strongly worded statement on Wednesday, six senior Southeast Asian politicians criticized the “impotence” of ASEAN and demanded the bloc discard its non-interference principle, calling it an obstacle to ensuring democracy and protecting people’s rights in the region.

All “ASEAN governments must unite and send an unequivocal message to the Myanmar military junta to immediately free all political prisoners, to restore the political situation in Myanmar to that prior to the 1st February 2021 coup and to respect the people’s votes in the November 2020 general election,” the politicians’ statement said.

They also demanded that all those responsible “for the killing of innocent people” in Myanmar be brought to justice.

“Failing which, all other ASEAN governments must unite and suspend Myanmar’s membership of ASEAN and thereafter impose targeted trade and economic sanctions against the military junta and their associates,” the statement said.