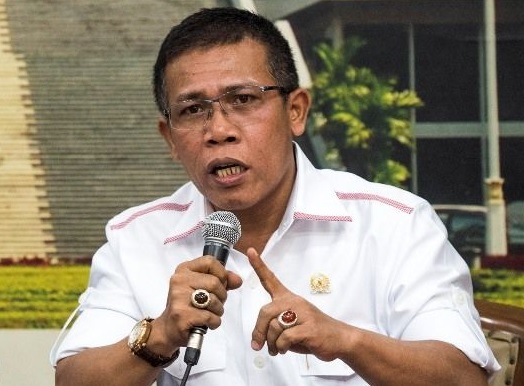 Jakarta, Aktual.com – PDIP politician Masinton Pasaribu request that the winning team the incumbent Basuki Purnama Tjahaja as Ahok does not press his party to immediately determine the attitude of relevant candidates that will be carried in the Jakarta gubernatorial election.

But he invited the winning team Ahok to prepare candidates for governor and vice governor in the elections that will be carried by Jakarta in 2017.

“If you are sure you want to list, please prepare candidates who will be supported.Do not pressure PDI, can not influence,” said Masinton in the area of Cikini, Central Jakarta, Thursday (15/9).

According to him, his party would not follow the wishes of the winning team Ahok. Masinton would ask that Ahok campaign team can maintain civility in politics by not forcing the other party to determine political attitudes.

PDIP have own mechanism to decide candidates for governor and lieutenant governor that will be carried in the elections of DKI.

“don’t pressure.It does not affect anything with the PDI-P, as the PDI-P has its own mechanism,” said Masinton.

He estimates that their party would announce the candidates who will be promoted ahead of time enrollment closed by KPU. Time of registration for its own pair of candidates will begin on September 21 to 23 September.

“PDI-P declare a pair of candidates for governor and vice governor of the PDI-P will be promoted on the day, an hour before the Commission closed the door,” he explained.

Previously, the winning team Ahok advice PDI until this weekend to take a stand in elections DKI 2017. Therefore, the three parties supporting the Ahok declare a pair of candidates that will be carried.