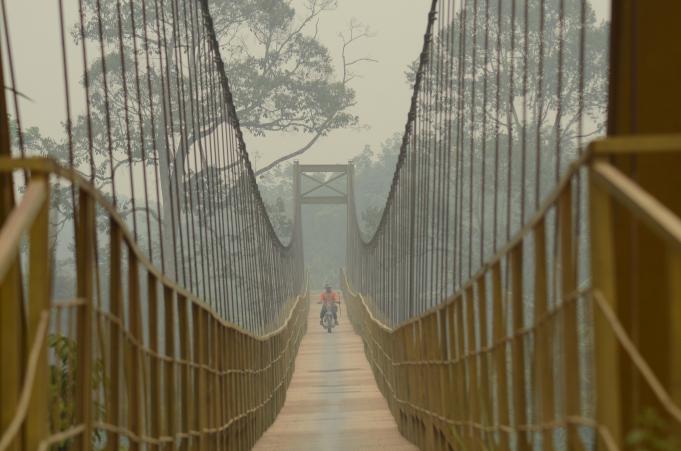 “Based on information from Yudi, a member of the Volunteer Kebumen, the victim identified as Aprilia (14), 7th grade students of SMK Tamtama. The victim is the daughter of Darmanto, village residents of Kedungringin RT 02 RW 01, District Sempor, Kebumen,” said Coordinator of the “Search and Rescue” (SAR) National (Basarnas) Post SAR Mulwahyono Cilacap, Cilacap, Friday (8/4).

He said that the incident began when the victim escorted to school by his father, Darmanto by piggybacking on a motorcycle at around 05.30 pm.

While at Karanganyar Bridge, he said, Darmanto vision is disturbed by the headlights coming from the east so that he is lost control and hit a abutment bridge and falls.

After the fall, he added, Darmanto looking for his doughter Aprilia but was not around.

According to him, Darmanto continue to look for her and found only helmets used Aprilia lying under the bridge.

“The victim in the name of Aprila wear scout dressed and brown hijab with sneaker as well as using a brown bag allegedly fell into the river,” he said.

Related to that, Mulwahyono said that after receiving the report, it immediately fielded a squad Basarnas of Post SAR Cilacap to the scene to search for the victim and other potential SAR.