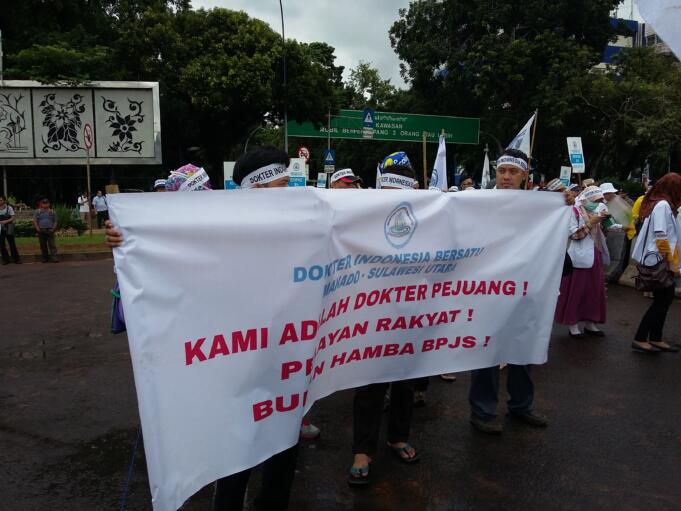 “DIB feel IDI does not perform well. He doesnot recognize there are limitations,” said Dr. Asep Purnama SpPD, on the sidelines of DIB action in front of the Palace, Jakarta, Monday (29/2).

According to him, the polemic of JKN important enough to be resolved. Because the health concerns and the program became one of the mainstay of government.

“Health is not Fine Mr. President. We came to use its own money, because they feel uncomfortable with the services provided to ordinary people we can help,” he explained.

“The increase in the premium of Rp 19 thousand so Rp 50 thousand should be accelerated. Do not, because only two years, do not be a reason,” said Asep, a specialist in internal medicine.

Monitoring in the location Aktual.com, mass of DIB has recently put an end to his speech, following several representatives are welcome to convey their aspirations to the presidency directly.